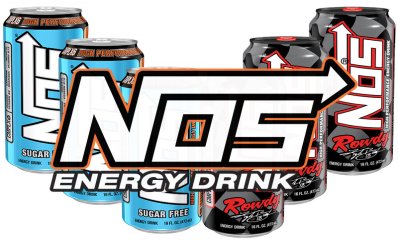 For every successful business, there is a good and unique idea. And the best ideas for us are from the automotive world. The question is why to get a power kick not only for the engines but also for the human body? Better to say, cars have NOS, we have NOS Energy Drink!

NOS Energy Drink is the name of a new energy drink from Coca-Cola but under the independent leadership of the High-Performance Beverage Company.

The smartest team has taken the name of this drink from the Nitro Nitro ( Nitrous Oxide System) bottles used in modified specimens, and both products work on the same basis – Nitro delivers cars a temporary, significantly higher power by injection of nitrous oxide into the combustion engine parts. The NOS energy drinks are fast-acting substances for the body. The point is to increase the concentration and physical strength, respectively to add caffeine, taurine, vitamins, and other excipients.

Did you know? The NOS energy drink was also distributed in a bottle that looked like the real NOS (Nitrous Oxygen System) tank.

The NOS Energy Drink brand, like other lifestyle brands, engages in a number of motoring events. The NOS energy drinks do not engage only with its own sprinter and drift team but also in the form of sponsorship for different automobile events such as Formula D and Nascar.

NOS Energy Drink is a guarantee of higher concentration and durability along with great taste compared to competitive brands and has the highest proportion of caffeine among competitive drinkers, which in combination with other substances greatly enhances stamina.

The NOS energy drink is produced in a size of 650ml in a plastic bottle and 473ml in cans. It used to be distributed in a bottle that looked like the real NOS tank, but it was discontinued in 2015.

There are several flavors available such as Fruit, Grape, Cherry and also Sugar Free.

I started my sporting career at the age of 3 in the preparation of ice hockey. I spent sixteen years playing ice hockey, and I remember the summer preparations today. What are my passions? It is still fitness training, all kinds of workouts and the most important is a healthy lifestyle. You can’t just do a workout without the right way of life. You need to stay curious and listen to your body. We, at ncoga.org, love to try and test new things. We also love our healthy lifestyle and we want you to live it too.

A personal fitnes advisor is a guide who tries to find the shortest and safest way to reach the goal by seeking an individual approach.
Navigation
Contact Us
832 E Marshall Avenue
93618, Dinuba, California

This website uses cookies to improve your experience while you navigate through the website. Out of these, the cookies that are categorized as necessary are stored on your browser as they are essential for the working of basic functionalities of the website. We also use third-party cookies that help us analyze and understand how you use this website. These cookies will be stored in your browser only with your consent. You also have the option to opt-out of these cookies. But opting out of some of these cookies may affect your browsing experience.
Necessary Always Enabled
Necessary cookies are absolutely essential for the website to function properly. This category only includes cookies that ensures basic functionalities and security features of the website. These cookies do not store any personal information.
Non-necessary
Any cookies that may not be particularly necessary for the website to function and is used specifically to collect user personal data via analytics, ads, other embedded contents are termed as non-necessary cookies. It is mandatory to procure user consent prior to running these cookies on your website.
SAVE & ACCEPT